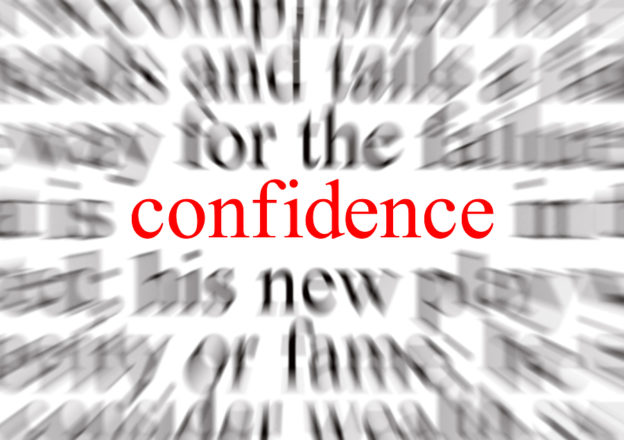 Confidence is not something you are born with, it is something that can be developed and built upon. Those seeking to gain more confidence in themselves have various options in which to accomplish this goal. One option that does not require much work, risk, or money is hypnosis. Hypnosis is the process in which a hypnotherapist is able to access a person’s mind and through the power of suggestion are able to alter set perceptions or ideas that person may have for the better. Hypnosis is also something that works more quickly than most other options which causes this method to be more appealing to the public. Self-confidence has a significant impact in a person’s life and those seeking to improve their confidence levels can find great success using hypnosis.

Having self-confidence is something that can essentially control one’s life. Self-confidence can also be known as self-concept which is “a person’s global appraisal of his/her positive or negative value, based on the scores a person gives him/herself in different roles and domains of life”. This means that depending on how well you see yourself in a particular role or domain in life it will determine how well you actually do in that circumstance. Those who see themselves as successful and capable of achieving any goal or overcoming any challenge will have much better odds at accomplishing that than someone who sees themselves as unsuccessful and unable to accomplish high/ challenging goals. For example, the University of Washington conducted a study to see if students with high self-confidence will rate themselves as having a skill based on the importance of that skill. The participants were undergraduate students at the University of Washington and were asked to rate their integrative orientation ability. The participants were divided into two groups; the first group was given information stressing high importance of the skill and the second group was given information stressing low importance of the skill. Once the information was provided the participants were asked how important they thought the skill was. As anticipated the group that was in the high importance condition rated the skill as more important while the group in the low importance condition rated the skill as lacking in importance. The participants with high self-confidence rated themselves as having a high ability in this skill but not when it was described as unimportant. This lead to the conclusion of “If it’s an important ability to have, I have it”. This study shows that if you have high self-confidence and realize that an ability is important to have then you feel that you have that ability therefore causing those people to be more likely to possess that ability. Having high self-confidence also has direct connections to having better health overall and more positive social behaviors as it provides a defense against negative influences as mentioned in the Self-esteem in a broad-spectrum approach for mental health promotion journal. There are many aspects in which having high self-confidence is important.

For those who do not have high self-confidence and are seeking to increase those levels will be able to do so by undergoing hypnotherapy. As mentioned before, when a patient is undergoing hypnosis the hypnotherapist is able to access the open mind and make positive changes to their thoughts and ideas through the use of suggestion. To test the effects of hypnosis and self-confidence a study was conducted with collegiate soccer players. As we discussed previously, it is clear that persons with higher self-confidence have higher motivated behavior, better emotional reactions, and performance. During the study they randomly selected players and divided them into groups. They had Group A that did not undergo hypnosis and Group B who did. They started with a pretest to see where the players were at performance wise while completing a specific task. At the end of the study they saw that there was a large effect on the participants who participated in hypnosis and a small to medium effect on the players who did not participate in hypnosis. The players who participated in hypnosis were able to have much more success with the task they were asked to perform during the post-test than when they performed the task during the pre-test. At the conclusion of the study the participants in the hypnosis group discussed their experience with hypnosis. Eighteen of the thirty participants expressed concerns regarding the exposure of hypnosis however at the end of the study one hundred percent of the group expressed more favorable impressions of hypnosis and stated that they felt it was successful in increasing their self-confidence. This study shows the effectiveness of hypnosis when it is used to increase high self-confidence levels.  Hypnosis is a success to building self-confidence because it gets to the core of the negative influences that are affecting the confidence levels of the patient. Most life coaches or trainers encourage people to act on their fears and physically change the aspects of their life that they feel are causing the lack of confidence. As stated by Dr. James, “The unconscious mind holds beliefs and “truths” about us that really aren’t changed much by external facts or proofs”. For example, if you have gastric bypass surgery and are able to lose a significant amount of weight you may still see yourself an obese person in the mirror. It is not until the perceptions of those aspects are changed that patients are able to view themselves as the person they want to be. For those who want to increase their self-confidence the hypnotherapist will be able to positively change specific perceptions of that patient in order for them to view themselves in a confident manner.

Having self-confidence is an important part of the human life. It will affect the physical health and well-being of people as well as success with social interactions and behaviors. Self-confidence will also influence a person’s performance in most situations. Those lacking in self-confidence cannot simply act on their concerns or fears of themselves, they need to change the way they view that particular concern or fear. Through the power of hypnosis people are able to treat the root cause of their fears and the negative influences that are affecting their view of themselves. Once this has been accomplished self-confidence will be increased for that person.