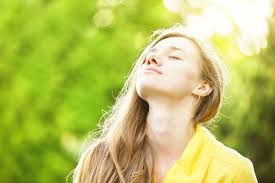 Chronic pain is an epidemic across the world. In the United States of America, an estimated 100 million people live with chronic pain. This is almost one-third of the population and is the primary reason for Americans receive disability. The use of opioids is also highly used to control pain. These however have negative side effects, such as addiction and abuse. While hypnosis has been common knowledge to the public for years, the use of this therapy for pain relief is quickly becoming a common alternative to drug therapy. The use of hypnotherapy has been clinically studied and there has been evidence to show that it has significant effects.

In a study proposed by Wallen, Middleton, Ames, Brooks and Handel (2014), they suggested to looked at how hypnosis could improve the pain management of  patients with sickle cell disease. Sickle cell disease is the most common disease amongst African-Americans and cause chronic and acute pain. The participants in the study would first be given sessions with a therapist trained in hypnotherapy for four weeks. After this the patients would be assessed and given a self-guided hypnosis digital video disc (DVD) to watch 3-7 times a week for a total of six weeks. During the whole process participants would be asked to record their pain in a diary. Although this is just a proposal, it clearly shows interest in the use of hypnotherapy for more severe diseases and not just for back pain, which is the most common source of pain complains. This can also be looked at as a major compliment in hypnotherapy, as the most common analgesia for sickle cell disease is opioids.

Hypnosis for management during childbirth has also been investigated. In a study performed by Madden et al, (2016) 2954 women were selected and divided into 2 groups. One of the groups were treated with hypnosis while the other were used as a control group. The hypnosis group were then divided into 9 trials. Of the trials, 8 were trained in self-hypnosis while 1 had a hypnotherapist on site during the pregnancy. The study found no difference between the hypnosis and the control in terms of the women’s satisfaction with the method of pain relief, the amount of normal deliveries, and how they coped with the pain. There was a difference in the number of women that asked for pain medication during labor between the two groups, with the hypnosis group being the lower amount. The uses of epidurals had no significant difference between the two groups, as did any of the other comes of the study. The study suggests that women under hypnotherapy could have a reduction in the amount of pain medication needed while giving birth.

Another potential use for hypnosis in pain management is its use for cancer patients. Currently the main way pain is managed is through the pharmaceutical approach. Like any medication, especially opioids, the potential for them to be abused or have negative side effects is a possibility that health care providers have to consider when choosing treatment paths. The potential for hypnosis to fill the gap between changing treatment options or as a treatment to be used alongside the pharmaceutical treatment is large. Hypnosis has been well documented as a treatment option. However, it is under-utilized in modern medicine. One reason for this that many health care professionals do not have a full understanding of hypnosis as a treatment option. The benefits of hypnosis have been well documented in many research studies and trials. What has also been documented and is a key aspect to hypnosis is that negative side effects are rare. All of this together makes hypnosis a potential and great treatment to be added to the treatment of pain management in cancer patients (Kravits, 2013).

While researching this topic I discovered many new and exciting things about hypnosis and its potential for pain management. One of the most surprising points about it as a treatment is the evidence and therefore the acknowledgement that hypnosis has gained over the years as a treatment option. Many of the articles and researched reports that I read on the topic have all pointed to the fact that it is a beneficial option. What I grow to understand more is the lack of common knowledge that it is a potential option. The most common idea about hypnosis, is its use for entertainment or regression therapy. Its use to stop a patient from smoking or to help in the goal of weight loss is also common in the medical field and the masses as a whole. Hypnosis for pain management is not something that would first come to mind when considering options. Ever through I have taken a class with the sole purpose of pain management hypnosis was not an option discussed. This I find to not only be a problem but also an issue that needs to be addressed by a higher medical body. The reason for this is that there seems to be a lack of acknowledgement from doctors. Like many things, if doctors presented the option to their patients and highlighted the benefits then there would be more demand for it. This would not only create more work for current professionals but would also get more students interested in hypnotic work.

In conclusion, hypnosis is a therapy that has been around for many years and has been able to shake off its negative reputation. The full use of hypnosis in many areas is common to the population but as for its use in pain management it is not. While the research into the topic has been performed and has demonstrated a negative correlation between pain and hypnosis, its full use as a common tool to doctors is lacking. With research continuing to be performed, the possibility of hypnosis moving from alternative option to a co-option is high. This will not only benefit the community to becoming healthier, it will more our society away from the drug induced spiral we find ourselves in.