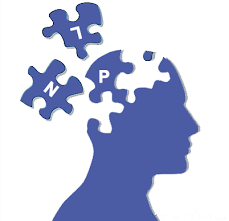 Language is a key factor of many psychological processes as it is used in a majority of forms of communication and is used to help understand one another. Indeed, language plays a big role in human interactions and in forming relationships as it helps one another get across ideas, beliefs and our perceptions of the same world we live in. The semantics, or the meanings of the statements we make with the language we use can resonate deeply with another human being as we may address a universal truth, or on the contradictory harm someone through language by using taboo words or insulting statements. Therefore language is not only a form of communication but language is a factor when it comes to emotional impacts and the progression (or the regression) of the human collective.  Linguistics is the study of the development and the meaning of language, but how one processes language and how language ties into neuronal functioning creates the study of neuro-linguistics. The way each individual processes language and uses it on a day to day basis varies between one another based on the different experiences, schemas, memories and habitual neural patterns that are programmed into the brain. Where I am getting at is that, since language is based on the relationship between the environment and neural activity, our behavior and mindsets we create can be tapped into and reprogrammed through the use of a little something called neuro-linguistic programming.

Neuro-linguistic programming was created by Dr. Richard Wayne Bandler, a multifaceted author, back in the 1970s.  He developed the idea of neuro-linguistic programming with two core components to back up its validity. One is that as human beings we create our own reality through a neuro-linguistic map that we have developed through lifelong programming and also that one lives in a reality they have created through their own perception. The second component is that human life and relationships are composed of systematic processes that influence each other. Once one understands these components of NLP it is easier to understand what NLP is as a whole. NLP also assumes the idea that no human being has a right or a wrong understanding of the world since we all have been programmed right from the start, therefore the techniques that are involved in NLP help “rewire” individuals to have the most enriching viewpoint on life and be able to live life with a positive train of thought (Because why would one NOT want that?).

Neuro-linguistic programming uses different techniques to reprogram the brain to solve a variety of emotional and behavioral problems and to achieve what is wanted and often accompanying those techniques is the use of hypnosis to increase the chance to embed the wanted behaviors or thoughts patterns. One NLP technique used in therapy is called modeling in which individuals seek the behavior adjustment they want by modeling someone they Idolize or lookup to and overtime after repeated modeling sessions the individual is hoped to assimilate not only the behavior of the model example but also the physiology and beliefs behind the behavior of the model example.  Another technique used in NLP is the Milton model, named after a world famous and heavily studied hypnotherapist Milton Erickson, which incorporates hypnotherapy (more describable as a trance like state instead) to work with the unconscious mind and build a stronger version of unconscious communication (which can also change conscious communication). Anchoring is another NLP technique, related to classical conditioning and operant conditioning, which creates connections between a ritualistic stimulus and an emotional state in hopes of allowing an individual to “tap” into desired emotional states whenever they want. Continuing on, parts integration is another NLP technique that helps curb conflicting perceptions and beliefs (cognitive dissonance) by recognizing each “part” to its fullest and then negotiating with each “part” until these beliefs are morphed to form an understandable motto which in turn reduces the uncomfortableness of cognitive dissonance and builds a positive thought process. Parts integration is a very effective technique as it allows our thought patterns to be one manifested as a smooth process instead of having it be manifested as random statements loosely connected.

Last but definitely not the least of the extensive list of NLP techniques is the technique known as framing. Framing is one of the important techniques and it helps reduce negative emotions that are attached to specific memories that are stored in the hippocampus. Framing involves reliving negative experiences and turning it into a highlight reel of sorts to help one realize that these memories are just pictures stored in the neural system and that the emotion does not have to be relived every time the memory is accessed.  NLP also focuses a lot on meta-programs, which are strategies that comprise of mental steps and NLP techniques that in turn create suitable and desirable behaviors. These programs help guide our thought processes into desired habitual patterns that can be used in a broad range of life situations such as Meta programs that guarantee to increase motivation towards work, or put you into a mindset that allows you to give you maximal skill in a specific sport you tend to play. In short, Meta programs are programs for an individual that the unconscious brain can learn through neuro-linguistic techniques mentioned above and through other NLP techniques not discussed in this piece.

Overall, these techniques can be used in a neuro-linguistic programming alone approach to help individuals create a lifestyle they want or can be used in conjunction with other therapeutic approaches such as counseling, psychotherapy, family therapy, cognitive behavioral therapy, group therapy, hypnotherapy, acceptance and commitment therapy, art therapy, and many more types of therapies. In conclusion, the positive effects of neuro-linguistic programming are extensive and its flexible approaches allows for psychological experts to create even more NLP techniques to be used in ALL facets of life.